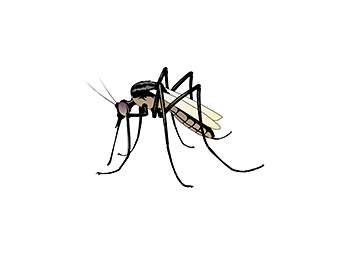 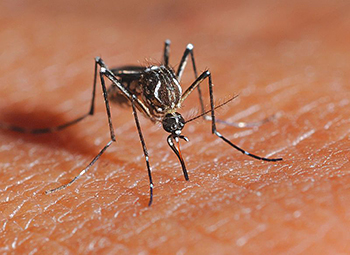 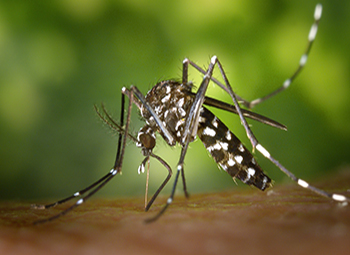 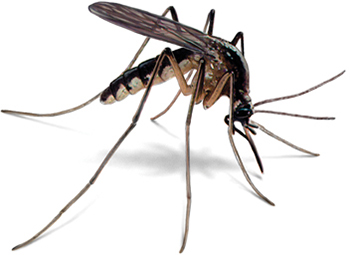 There are about 170 different species of mosquitoes in the United States. Adult mosquitoes are most active from dusk until dawn but can become active with cloud cover or in dark shady areas. They do not prefer to be active in the sunshine since they may desiccate and die. Hot, humid environments are most amenable to mosquito growth and survival.

Females typically seek a blood meal to aid in egg production and hunt for food by detecting body heat and the carbon dioxide humans exhale. She prefers stagnant water within which to lay her eggs -- like standing pools of water, but manmade sources can include bird baths, buckets and even mud puddles. They most commonly infest ponds, marshes, swamps and other wetland habitats. However, they are capable of thriving in a variety of locations. Areas with calm bodies of water and areas that receive large amounts of rain are likely to have larger populations of mosquitoes.

Annoying signs of mosquito activity include the buzzing of the females and their bites. People have differing reactions to bites, ranging from mild irritation to intense inflammation and swelling. While the tiny amount of blood taken from a person or animal is usually of no consequence, the saliva left behind can be highly irritating and can carry diseases and parasites.

Mosquitoes are carriers of numerous diseases including malaria, yellow fever, dengue fever, encephalitis and West Nile virus - as well as Zika virus disease. There is no Vaccine to prevent Zika.

Through the application of pesticides to perimeter vegetation and mulch areas, we are able to target adult mosquitoes that will come into contact with these areas when they land to rest. It is important to keep the mosquito population on your property under control to help limit their contact with people and animals.